A Brand New Me

a brand new me

So, here’s a story for you. This year the Storymakers Writers Conference was held on May 13-15th. As you will recall from an earlier post, Dawn’s Reach was among five titles that were finalists for the 2021 Whitney Award in the Adult Speculative Fiction Category. That was fun.

TLM and I got to go to a fancy Awards Dinner and everything and I was able to say that one of my books was Award Eligible. That was cool. 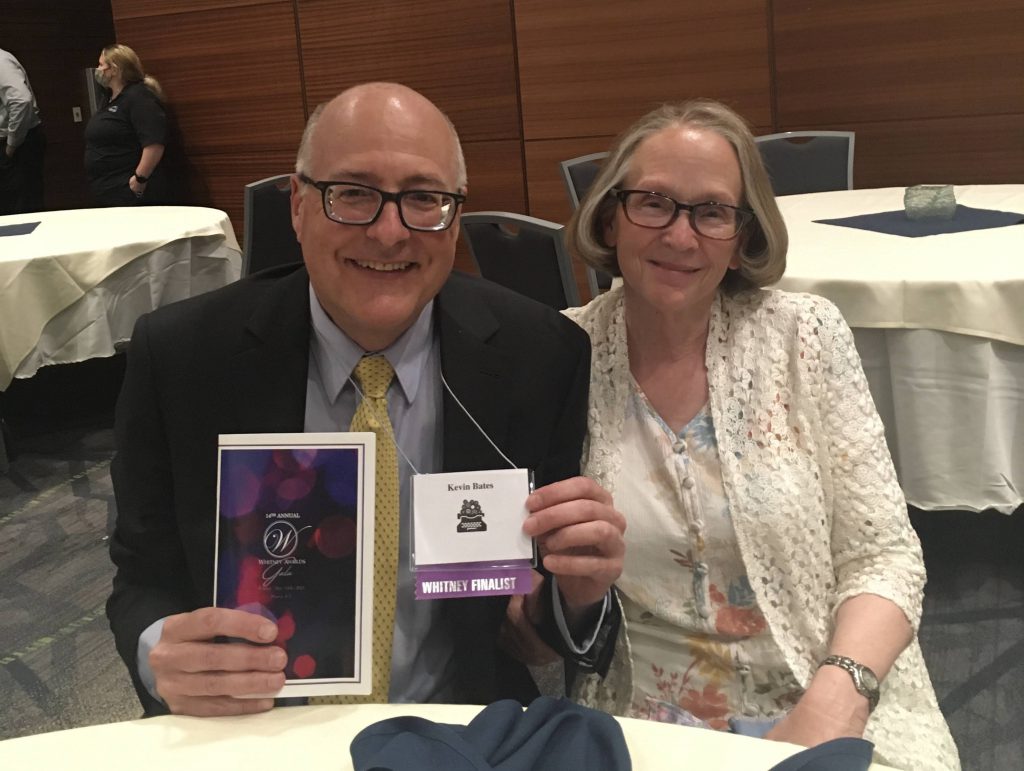 Unfortunately, neither I nor Dawn’s Reach won any awards, but that’s okay it was an honor to participate and that’s what they say about life isn’t it? Anyway, because I was one of the finalists for the Whitney I was invited to participate in the mass Author signing. That’s where I and a whole bunch of other authors got to sit at tables and wait for people to bring us books to sign. 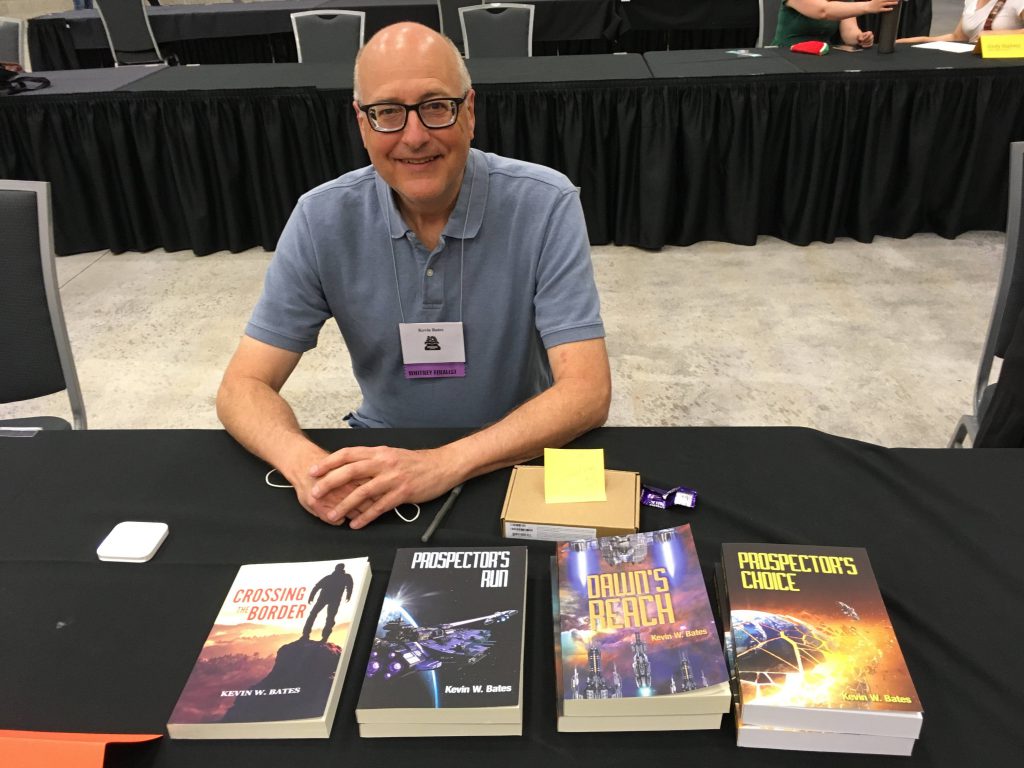 The custom of course is to have the author sign his or her own books, though I suppose I could have taken one of my books and asked Brandon Sanderson sign it. I wonder if he would have? Yes, it’s true Brandon Sanderson was one of the authors at the mass book signing. Brandon (yep, we’re on a first name basis as long as I’m writing a blog post he will never read) was there. His line of supplicants for a signature was longer than mine because, well, I had no line and he’s a famous author while I’m…not. I did, though, actually have two people, not friends of mine, bring me books they had purchased at the book store. And they wanted me to sign them.

One of the two was a woman whose three sons loved science fiction and thought they would like my books. So, I wrote a personal note and signed the books for them. She even asked me to take a picture with her to show her sons. Yes, I know it sounds trivial, but it kind of made my day.

But that’s not what this story is really about.

In December of last year, my son said to me one day, “Dad?”

(And before you comment, that’s the way we talk to each other and now you know where my skillful use of dialogue comes from).

“Let’s run a half marathon this summer.”

See, I was confident since I had run two half marathons in 2017 one of them with my daughter Catherine. 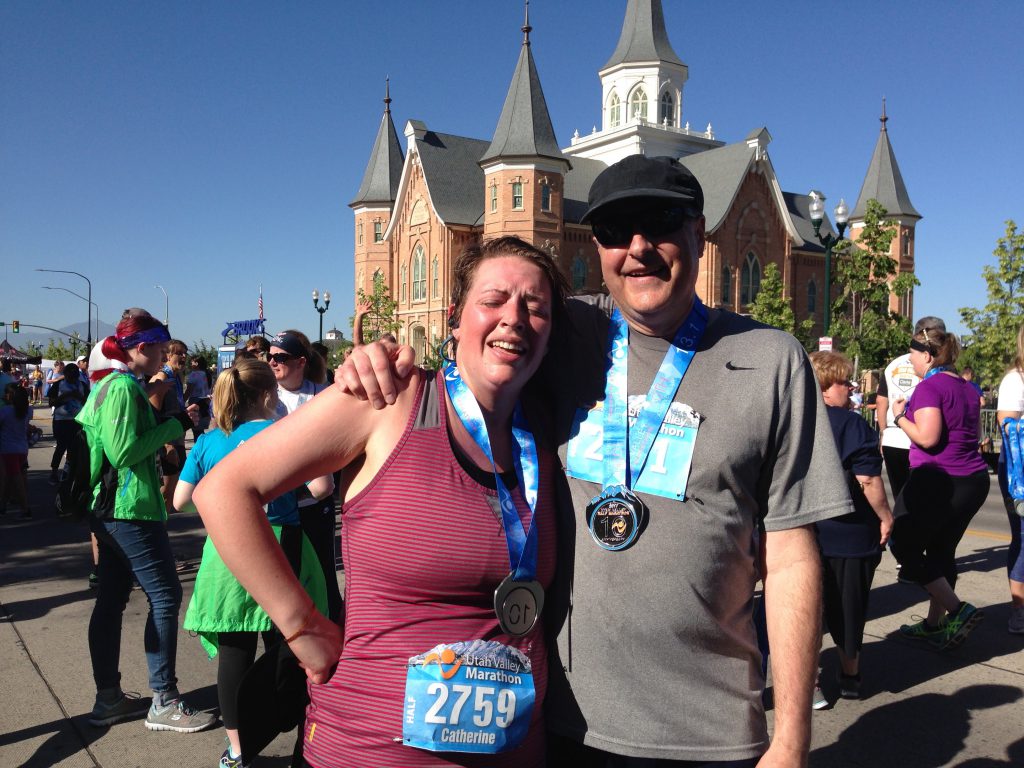 But let’s get one thing straight—I am not an athlete. Sure, I was a sprinter for the Berkeley High track team (fastest white boy at Berkeley High!), 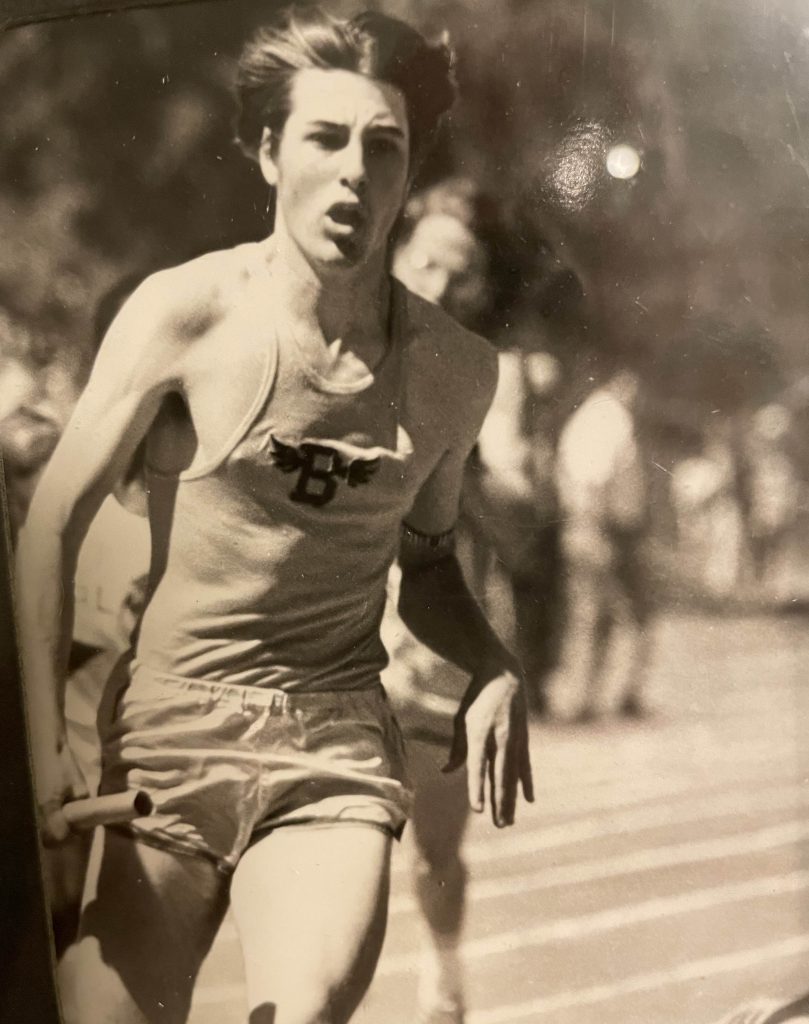 but my sprinting days were long gone and I never was a very good distance runner. Here’s how bad I was. Our coach made the sprinters run in the cross country meets. At those meets there is always one contestant who lags so far behind that he or she crosses the finish line as the spectators are starting to break up mingling with the other runners who by this time had showered and changed thinking no one could possibly be slow enough still to be on the course. But no, a final runner weaves his way through the crowd determined to reach the finish line. Of course, once the spectators realize that sweaty fellow slogging through their midst is supposed to be part of the race they all stop and applaud and cheer the poor sap just to make him feel good.

So, committing to prepping for this half marathon thing was a major undertaking.

“Do me a favor, will you?” she said her mouth a grim line.

“What’s that?” I was a bit wary because she seemed so determined and intent. I worried that she wanted me to kill an enemy Andrew refused to harm.

“Beat Andrew in the half marathon.”

I laughed. I couldn’t help it. It just came out.

“What’s so funny,” she said failing to see the humor in her request. “You’ve been working hard at this and Andrew hasn’t really started. It makes me mad and you should make him pay.”

“You’re right,” I said once I controlled my guffaws. “I have been working hard, but that’s so I can finish. No matter what you think, hard work can’t overcome a thirty-two year age difference, not to mention his naturally greater athleticism.”

She grumbled with a sour look, but came to understand the truth of my words.

Our run was scheduled a month from the weekend of the Storymakers conference and that next week I continued my prep. On Friday, two weeks before the event, I ran 13.3 miles faster than I ever had before. I was ready and I was ready to set another personal best. In three weeks’ time Bates père et fils would finish triumphant!

The next day I got COVID.

It started off slowly, but within a few days I was bed ridden. Two and a half weeks after my first symptoms when my fever finally relented, I ventured out to take a walk. I made it a mile before I collapsed, exhausted from the effort.

Three days later I saw Andrew at the finish line, but couldn’t join him in the run. 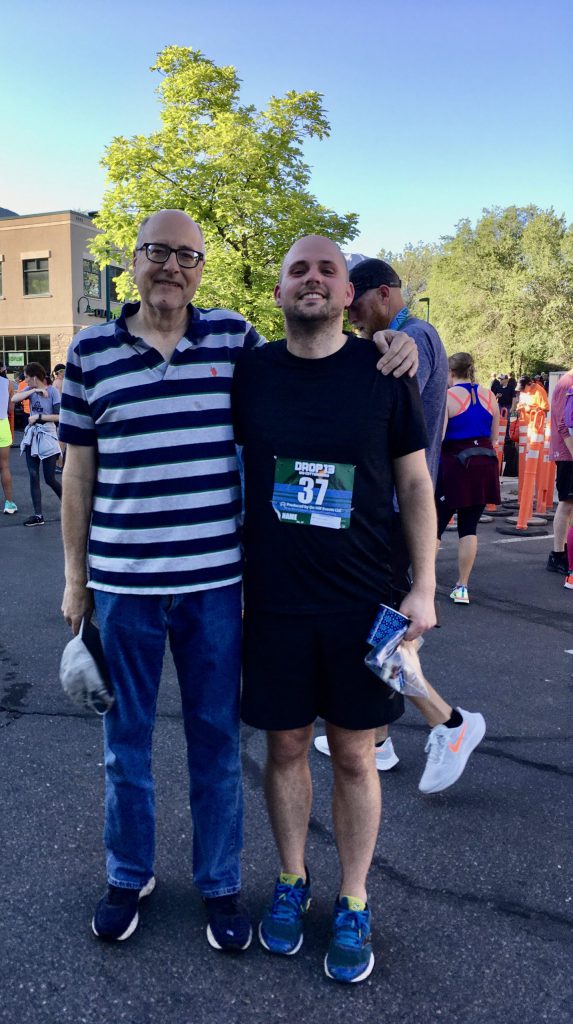 And I had to start all over from scratch.

I set my sights on a run scheduled for September 18th. And I’m ready. This Saturday I’ll run in the Better Half Marathon in Vernal, UT.  I feel like a brand new me.

In honor of remaking my running career (such as it is), I have been working on revamping my website. Take a look around. I hope you like it.