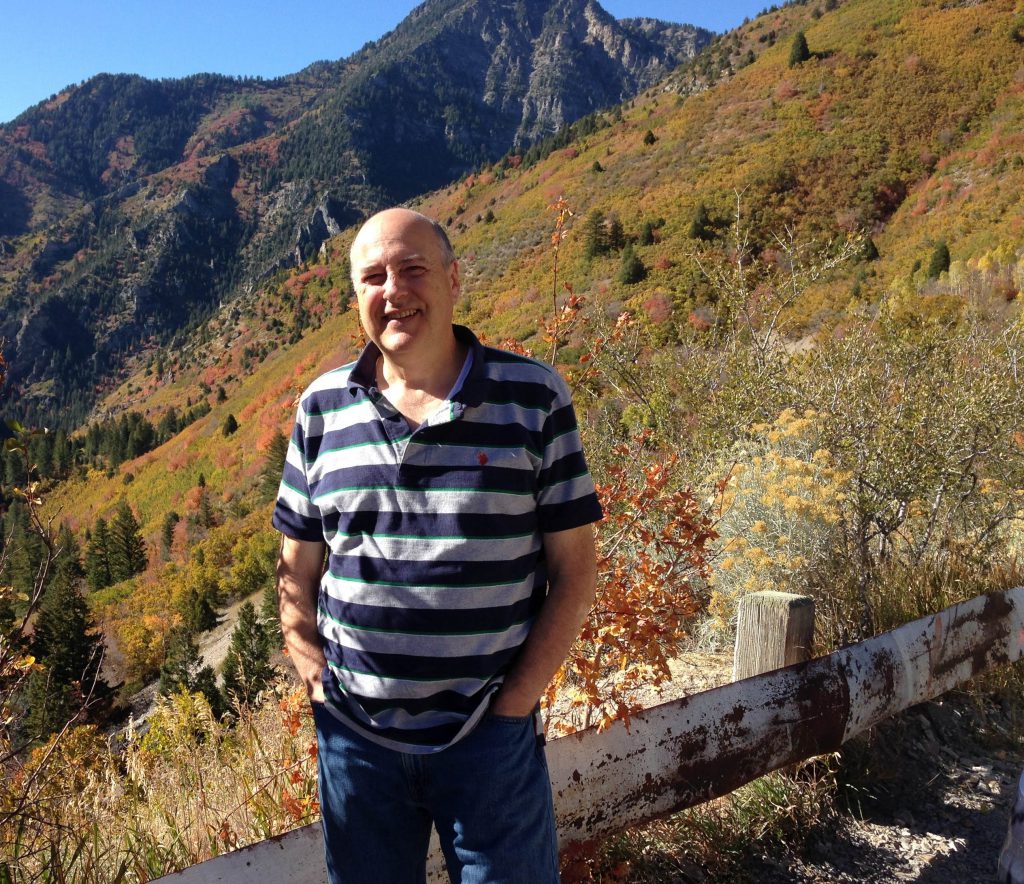 Yes, that’s me. That was taken a few years ago, but I haven’t changed that much–I still don’t have any hair.

If you have read this far, you have probably seen the one paragraph blurb on Amazon or Goodreads or some other site. On this “About” page, I will delve a little more deeply into my background. Berkeley, California is my hometown and where I spent most of my life from birth through High School. Our house was in the Berkeley hills and was an idyllic place for a childhood. We were somewhat isolated and had eucalyptus covered hills for our backyard. My brothers and I would spend hours digging forts, playing war games, and chasing around. Our mother became so tired of yelling for us when it was time to come home that she installed a bell. When the bell rang, we needed to hightail it back to the house. I don’t recall the penalty for tardiness, but knowing our mother, there was one. We were close enough to the bay that in the summer, the fog would roll in every afternoon. Many a summer morning we spent in the mist.

Our parents loved to travel. My father was a civil engineer (according to information my brother Lyle unearthed, he was on the team that designed the world’s first four level freeway interchange known locally in Los Angeles as “The Stack”) and a land surveyor. Plunked behind a desk all day doing engineering work did not suit my dad so he got into surveying because that got him out of the office into the field. Apparently, he enjoyed that work, but had a bit of wanderlust as well. As the story goes, one day my dad returned from work and said to Mom “Let’s move to Australia!” In a measure of how perfectly matched they were, Mom immediately said, “Okay. When do you want to go?”

So, after my third-grade year, we packed up and moved to Australia. For various and sundry reasons, we only lasted about six months, then returned home. Our stay in Berkeley was short-lived, however, since Dad agreed to return to Australia and help set up operations for a company called Rich’s Soft Cushion Bumpers. That stint lasted longer, and I was older, so I got to play on the high school basketball and baseball teams. We lasted longer this time and returned after a full year abroad.

I attended Junior High School at Martin Luther King Junior High in Berkeley. I was painfully shy in junior high. My seventh-grade year, I don’t believe I said a word to anyone unless I was called on in class. It was here that I began devouring science fiction. I remember reading several books a week from the school library, not one of which (to my junior high school librarian wife’s chagrin) did I ever check out. (Painfully shy, remember?  Too shy to approach the librarian.)

Ninth grade in Berkeley at the time was conducted in a facility separate from the junior high school and the high school. I came out of my shell a bit that year and participated in drama. It was there that I experienced the highlight of my acting career. I starred as Winston in a production of George Orwell’s novel 1984. Yep, it was all down hill from there.

In High School I started into drama, but was recruited to join the track team and decided I couldn’t do both. My parents encouraged me in my thinking for reasons that would take too long to explore. So, ran track for Berkeley High (go Yellowjackets!) as a sprinter. My junior year, I took part in a student exchange program with a city in Japan. The summer between junior and senior years I spent touring Japan and living with a Japanese family.

After graduation from high school in 1974, I attended Brigham Young University for a year then served a mission for the Church of Jesus Christ of Latter-Day Saints in Italy. I lived in Pordenone, Padova, Perugia, Livorno, Bologna, Florence, and Parma, learned Italian and taught the restored Gospel of Jesus Christ to the fascinating and wonderful Italian people.

In 1977, I returned to the United States and lived in Provo, Utah, where my mom had moved following my father’s death from cancer the year before. I attended BYU and, during the summer after my return from Italy while working at the Aspen Grove Family Camp above Sundance Ski Resort in Provo Canyon, met my future wife, The Lovely Marianne. We married in December of the year we met and set up housekeeping in Provo while I finished school and TLM taught school to support us.

Our first child, Elizabeth, was born the year I graduated and the summer before I started law school. Our second child, James, was born in August a year later, just at the start of my second year. After my second year of law school, I had a summer internship with the Central Intelligence Agency in Washington, DC (and how that came about is a fascinating story).

After graduating from law school in 1983, we moved to Grand Rapids, MI, where I was a law clerk for the Honorable Albert J. Engel, a judge on the United States Court of Appeals for the Sixth Circuit.

Upon completing my year’s tenure in that position, I joined the law firm of Jones Day in its Dallas office, where we stayed for almost two years and where our third child, Diana, was born. In 1986, I joined a law firm in Salt Lake City and we moved to Sandy, UT, where we remain to this day. Two more children, Catherine and Andrew, joined our family in Sandy.

I retired from the practice of law (about which the less said, the better) in 2014. TLM and I have eight grandchildren.

Every sentence I have written above contains a novel. The simple declaration that we lived for a year in Australia hides a multitude of pains and joys, failures and triumphs, but I’m sure if you’ve made it this far down the rabbit-hole you’re stifling a yawn and ready to be done. If you are really interested, I’d be happy to correspond with you and natter on about my life until you cry uncle and beg me to stop, so feel free.