Ah, the race. I suffer from what must be a common delusion. When I was a kid, I was one of those who, when I played games in my head, was the sinker of the last-minute buzzer beater to win the championship, the maker of the impossible catch for the winning touchdown as time runs out, the hitter of the grand slam in the bottom of the ninth with two away.

Judging by what I’ve seen in popular media depictions of young would be athletes, those are common fantasies. What is less well known is that those fantasies don’t fade with age. Though advancing years have ravaged my body—well, at least in relative terms—my dreams of glory on the athletic field refuse to dim in like proportion.

So it was that as I prepared for the half marathon in Vernal this fall, I had dreams of, well, not coming in first, that truly would have been over the top even for me, but certainly of breaking two hours. It was an impossible dream, of course, since I had never come close to running that fast in any of my training runs. Nevertheless…

Perhaps those disturbing, exciting images kept me awake that Friday night. TLM and I had retired about 10:30 because we had to arise at 4:50 the next morning to arrive at the race staging area. But turning out the light did not mean falling asleep.

Toss and turn, turn and toss. At midnight, I was still awake. Sometime after that, I must have fallen asleep, but it was one of those nights when I drifted off and have no idea what time it was. I was acutely aware of the time when I awoke at 4:40 the next morning, well before the alarm.

On the way up Dry Fork Canyon to the race’s starting point, my fellow runners chatted and laughed. Many of them were acquainted with each other. This was a local race. Few people were deranged enough to travel to Vernal for this run. As expected, it was cold at 6:15 am at seven thousand feet. So, huddled in the sweats I had hastily purchased the night before at Wal-Mart, I wandered around the campground. Then it was time to begin. We plodded along the dirt road the way we had come until the race director indicated we were 13.1 miles from race’s end at “Remember The Maine” park.

The eventual winner was well ahead as expected, but as we traversed the first miles, I passed a few people. In fact, at the first kilometer mark, I was running at a personal best clip. Could I keep it up? I passed 5K at a blazing (for me) pace, setting another personal best. Wow! and I felt good. At 10K I was still going strong and ran that distance faster than I ever had. Miracle of miracles, I was on track to break two hours and I was feeling fantastic.

From what happened after the race (blood in my urine—I know TMI, right? But what have I always promised you? Unvarnished truth without flinching or favor. Okay, I never promised that and to be honest—see? unalloyed truth coming at you—you’ll never get that from me. From me you’ll always get a take completely biased to present myself in the best possible light) and recalling the hikes we went on the previous day and the little water I drank, it was dehydration. At mile 7, an iron band clamped itself around my lower left calf muscle while some infernal fiend ratcheted up the pressure. I screamed in pain and desperately tried to stretch it out. After a few minutes, the pain subsided enough that I could start down the road in a hobbled walk. Well-meaning runners passed.

“Not really,” I responded.

I limped down the hill to the next aid station, gulped down some Gatorade and stretched out my calf by leaning against a fence post. A few minutes later, I started walking again. What was I going to do? I was six miles from the finish line. I could have hobbled back to the aid station and begged a ride, but I didn’t want to do that. So, after another minute, I began to jog. It was a delicate proposition because I tried to keep my left foot as flat as possible, not wanting to raise up on my toes and risk another cramp that was lurking in my muscle, just waiting for the chance to pounce.

Gradually, I picked up the pace, nowhere near what I was doing before, but enough to get me to the finish before sundown. I even passed a few people. At the 12 mile mark, I was feeling, well, good would be a vast overstatement, but at least not completely crippled. It was probably because of that feeling that I let down my guard.

Four-tenths of a mile from the finish, the monster struck again. Once more, I gritted my teeth in pain and found a handy fence post beside the road. Hours seemingly went by until the muscle relaxed enough that I could hobble once more.

As you can see from the video above, I limped across the finish line. 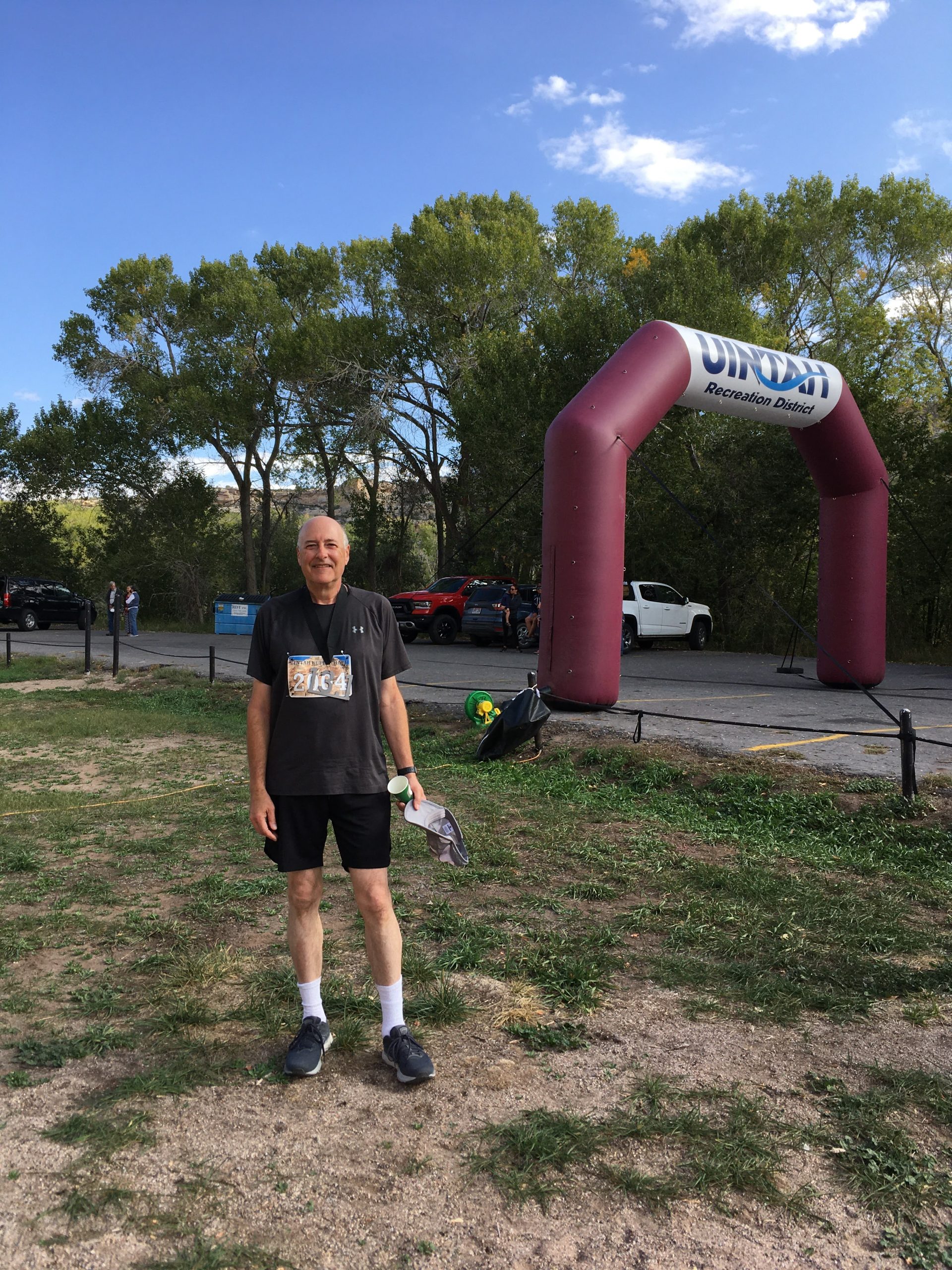 I suppose there are two narratives I could construct about the race. One is a story of grit and determination, of a heroic effort to complete the task set for me at all costs and against great odds. The other is a tale of someone who failed to prepare and allowed fleeting pleasures to distract him from essential measures to ensure a satisfactory outcome. One is the uncompromising truth. Which do you think it is?

The City On The Plain